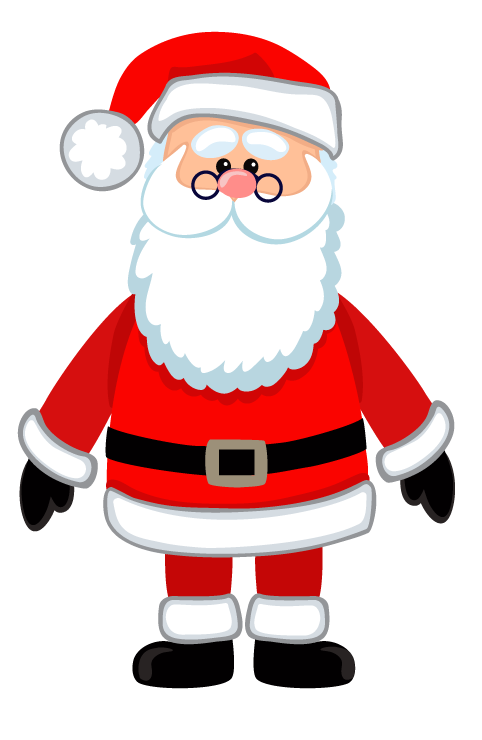 Everyone knows the story of Santa Claus. He wears a warm red suit, flies a sleigh pulled by eight reindeer (nine including Rudolph the Red-Nosed Reindeer), and he delivers presents on Christmas Eve to good little boys and girls all around the world.

But there's a lot more to Santa Claus than just that! Many people have a lot of questions about the jolly man, and here are the answers to the questions people ask the most often.

Santa grew up in a city called Myra. His parents were Greek and very rich. When Santa Claus grew up, he inherited all of their money. It was a lot of money!

After he gave away all the money, Santa Claus decided he wanted to see the world. He became a traveler. He went all around the world. And wherever he went, he would leave secret presents behind. Children in those days would leave their shoes by the door when they came inside. And Santa would leave small presents in the shoes. This is where the tradition of the Christmas stocking came from.

By the time Santa was done traveling, he knew what he wanted to do for the rest of his life. He made a very long trip to the North Pole. He found where the world’s greatest craftsmen, elves, lived and convinced them to help him make and deliver toys to all the good boys and girls of the world.

How old is Santa?

The truth is, no one knows for sure! Santa is very tricky when people ask him how old he is. Santa Claus was born in Turkey over a thousand years ago. That makes him very, very old.

Santa likes to visit very warm places when he is on vacation since the North Pole is very cold all year round. He doesn't mind the snow and ice, but he and Mrs. Claus like to visit warm, tropical places for their vacations. Santa is actually a pretty good surfer!

What Other Names Does Santa Go By?

Santa Claus has a lot of names that people know him by. A lot of children call him Santa Claus, but children around the world call him other things. It depends on where they live. (link to the names piece)

Santa Claus likes all these names. No matter what he's called, he'll answer.

What Does Santa Do in the Summer?

Santa and Mrs. Claus take vacations in the summer. He works very hard during the winter. And like school children who also work hard, his vacation is in the summer. He usually visits places in disguise, so no one recognizes him. But sometimes people see a big old man with a white beard at the beach or the movie theater, and they wonder...

Yes! Santa is a very fun-loving person. He likes playing all types of games. But he also plays games for another very good reason. He has to test out the games he delivers! Almost every evening, Santa and Mrs. Claus and the elves gather to play a fun game. Santa wants to make sure that the game is a good one. The others just want to play for fun!

How old is Santa Claus?

Snickerdoodles, Chocolate Chip, and Gingerbread (he can't pick just one!)

How tall is Santa Claus?